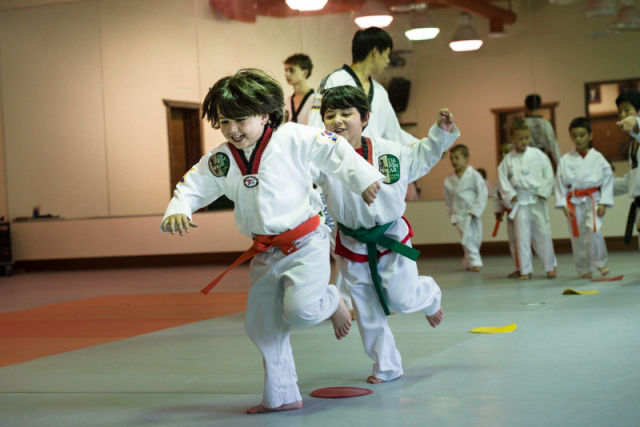 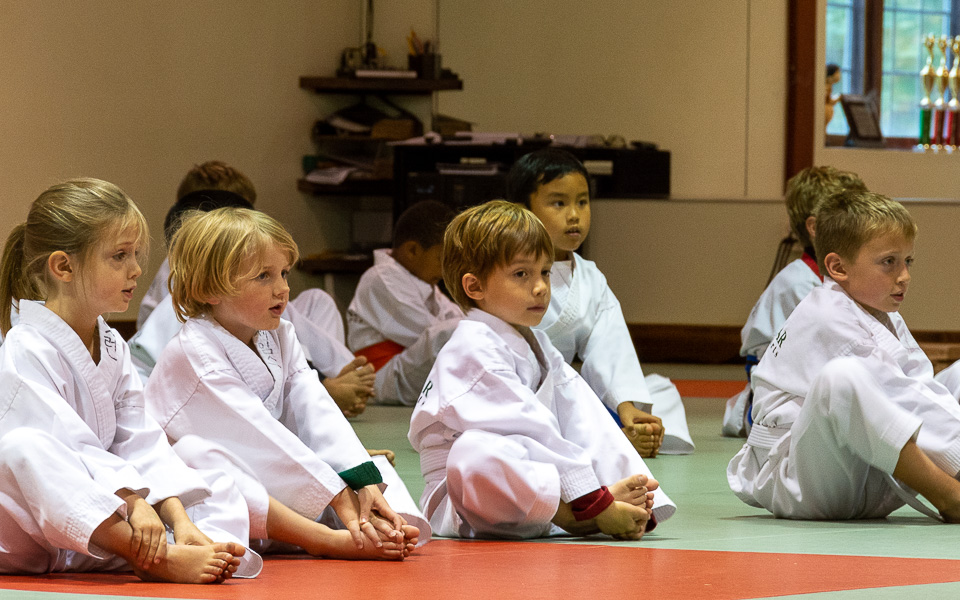 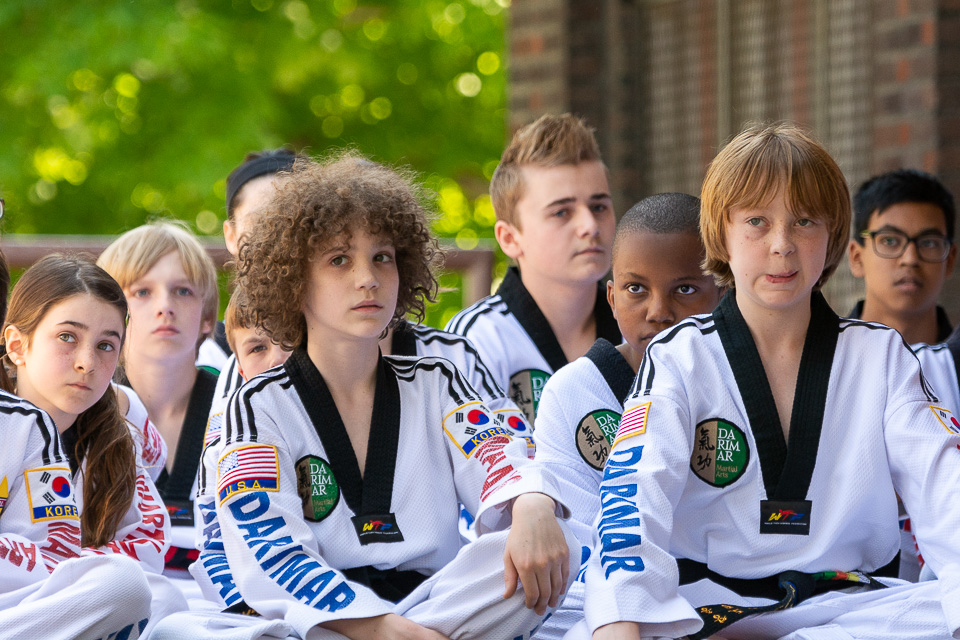 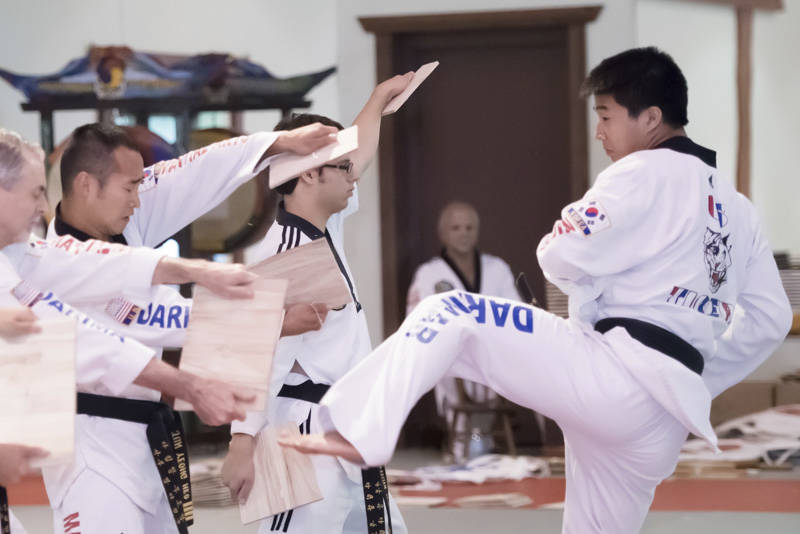 Introduced in May 2020, our virtual classes allow students to attend Tae Kwon Do session remotely over the Internet.
Learn More

Developed as a fighting style centuries ago by the warriors of Korea’s 3 ancient kingdoms to form a defense against surrounding countries, Tae Kwon Do has become the national sport of Korea and the world’s most widely practiced martial art. Literally translated as “the way of the hands and feet”, it is a martial arts way of life that harmonizes the mind and the body. The emphasis of leg kicks and jumping acrobatics make Tae Kwon Do very fun to watch, but not easy to master. It can be enjoyed an Olympic sport, artistic discipline, system of self-defense, and an excellent means of exercise. Tae Kwon Do was introduced to the 1988 Olympics in Korea and became a medal sport in 2000. Competitors are divided by gender and weight into 8 groups where points are scored based on the number of blows landed an opponent’s head or body. In addition, Tae Kwon Do competitors are required by rule to demonstrate respect for officials, coaches, and their fellow competitors. 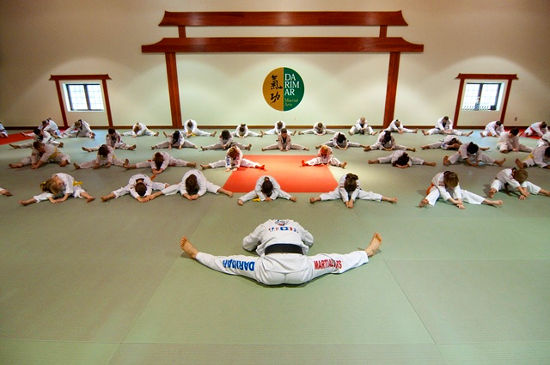 As an artistic discipline, the techniques of Tae Kwon Do are done with graceful and powerful movements. Students continuously strive to improve the artistic presentation of each technique. The pursuit of this art develops posture, graceful movement, excellent coordination, and attention to detail. We believe that everyone can benefit from exposure to this artistic discipline. Many who do not wish to participate sparring events may enjoy competition through the demonstration of forms or “poomse”.Beyond the competitive aspects of Tae Kwon Do, is the practical application of the martial art. Self-defense skills are safety skills. We at DARIMAR believe that it is important for everyone to learn these self-defense skills to reduce chance of sustaining an injury due to a fall or an attack while increasing the chance of escaping from a mugging, a rape or an abduction attempt! Not only do these skills make one more capable of handling themselves in a threatening situation, they help us to avoid them altogether. Learning these safety skills does not promote violence; rather, it enables one to avoid becoming a victim of violence and to advocate the defense of our families, neighbors and ourselves. 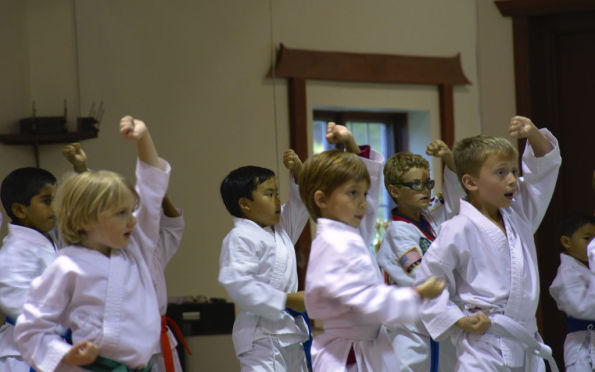 No matter what aspect of Tae Kwon Do that appeals to you, each involves a regular regimen of cardiovascular exercise to develop strength, flexibility, endurance, and speed. Combined with the principles of a healthy diet and Ki-Gong breathing that are inherent to the training, Tae Kwon Do is a holistic method of well being that can be experienced by anyone and everyone, regardless of age, gender or athletic aptitude. 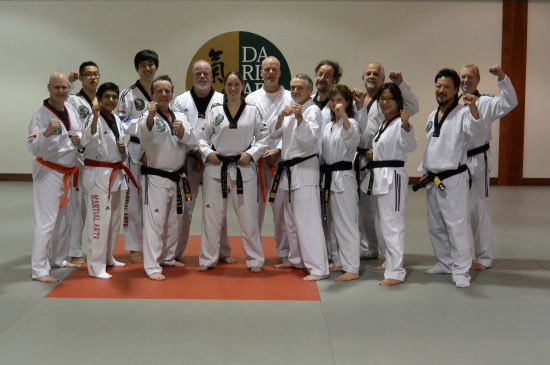